On October 30, 2019, the San Juan Southern Paiute Tribe Election Board swore in two new Tribal Council Members, Hope John and Carmelita Homer. Each will serve as Southern Area Council Members to serve out the terms of their predecessors, Lora Preston and Tashina Williams, who were removed from their office earlier this year under Article IX of the Constitution for converting Tribal money for personal use. Once all election appeals were resolved, the Election Board wanted to act quickly to get the new Council Members into office so that the government of the Tribe would not be held up any longer. The first Tribal Council meeting for the new Council Members will be on Friday, November 1, 2019. 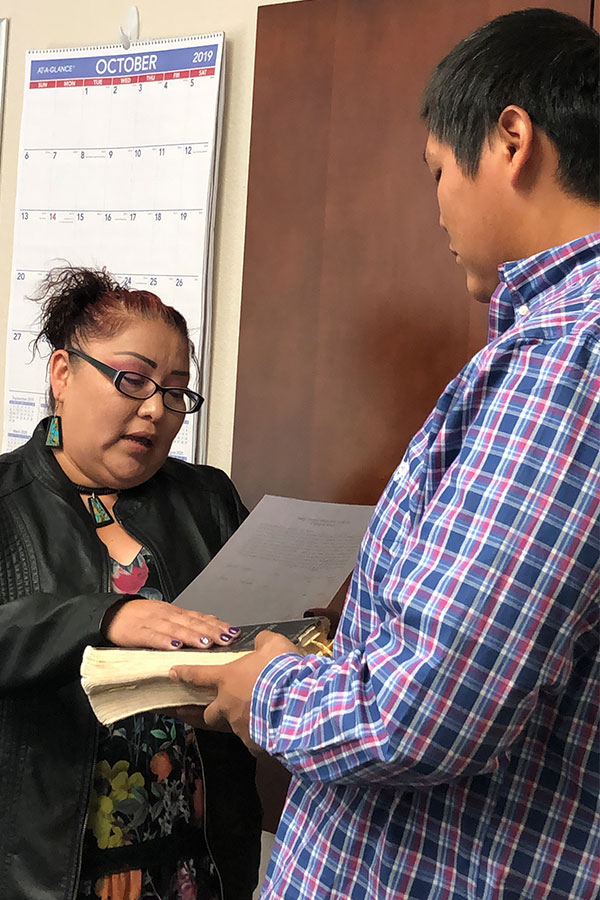 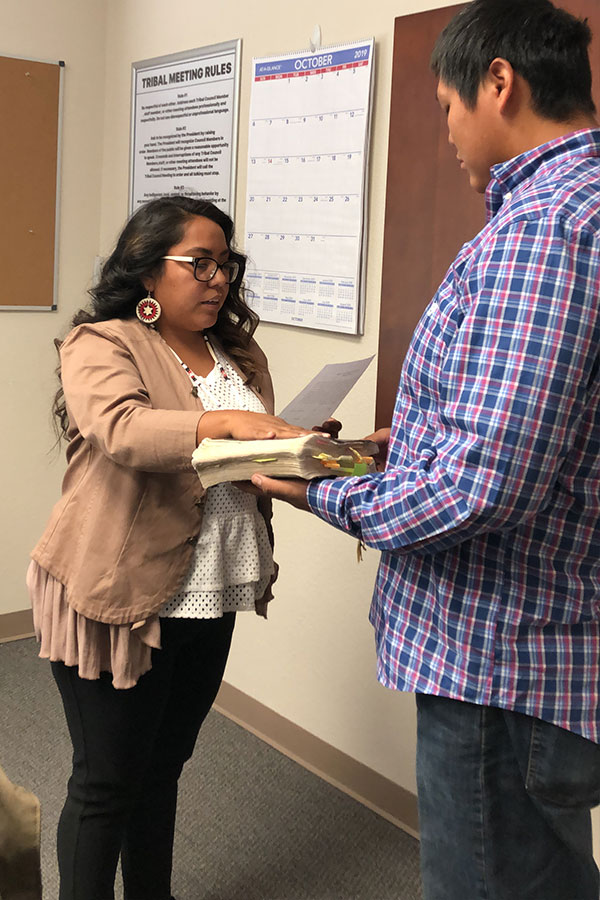 More from Our Blog

Get New Posts to Your Inbox

Thank you! Your submission has been received!
Oops! Something went wrong while submitting the form.